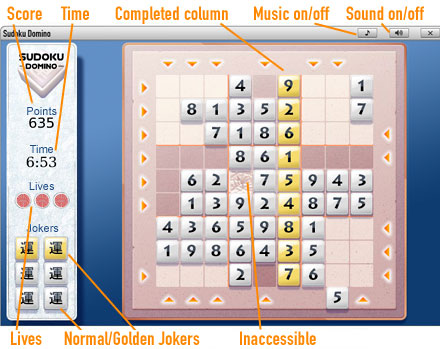 The Sudoku Board and Rules

Note: The grey joker serves only as a place-
holder. If you complete a block using a joker, you will not receive any points for it.

In contrast, blocks that are completed using a golden joker are considered fully completed. You will receive the points for the filled block, although the joker itself is worth nothing. 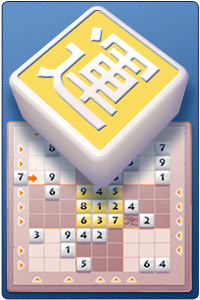