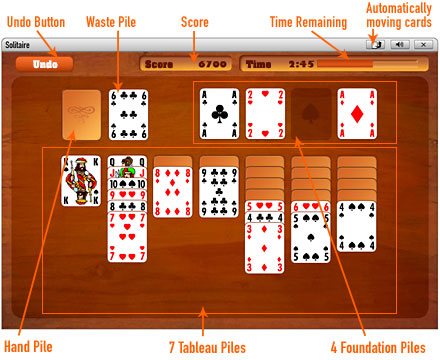 Object of the game:

Points are rewarded and deducted as follows:

Put the Aces on the foundation pile first! (Double-click)