Animal Maze is a live multiplayer online skill game against real players! Some cuddly animals have lost their way amongst the green garden hedges and are waiting for your help! Cleverly move and modify the maze to rescue the animals.

Make your way through the maze until all the animals pictured on the left of the screen are free. Once you have freed all your animals, guide your pawn back to the starting tile.

Use your mouse to do the following actions in Animal Maze:

In the water well (right of the screen) you will always see the next maze tile. Turn the tile to your desired position and then slide the tile into one of the sides of the maze where an arrow is shown.

To move your pawn, click on an accessible tile in the maze. 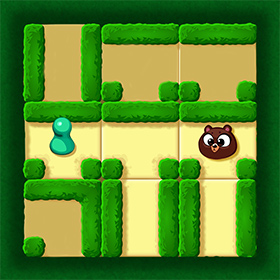 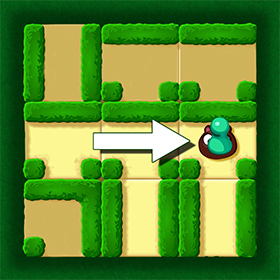 Below is a brief description of each game element in this game: 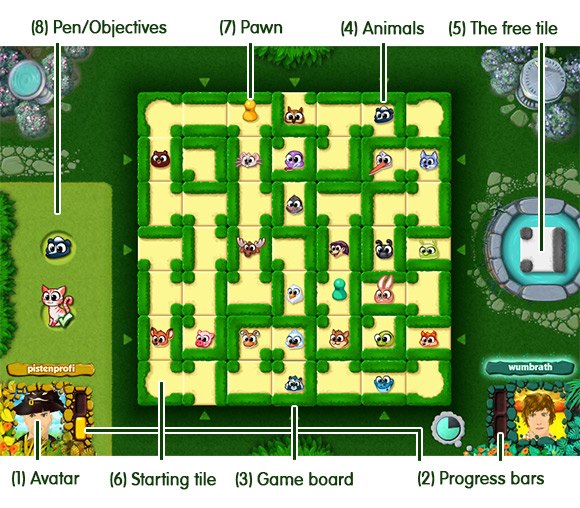 Shows how many animals a certain player has freed. If this bar is full, then the player is already on their way back to their starting tile.

The game board consists of 7x7 tiles. 3 columns and 3 rows can move. There are three types of tiles: corners, straight paths and junctions.

There are 24 different animals, 2 to 6 of these animals must be collected (as configured in the lobby).

This tile piece can be replaced with a tile on the edges of the game board. The tile removed will then become the new ‘free tile piece’.

This is the tile each player starts on. This tile must be reached at the end of the game to successfully finish.

This piece must be guided through the maze to free the animals.

This shows the animals that you must free.

Here you can see which animals have already been freed and which are still to be freed.

Here we will explain how a game of Animal Maze is played: 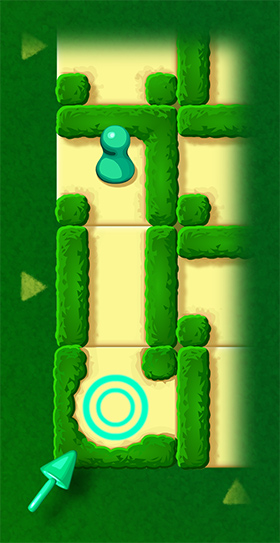